The Dark Side of SaaS: Part 2

In this second of our two-part blog, we dig into the “dark side” of the flexibility, choice and freedom SaaS affords. 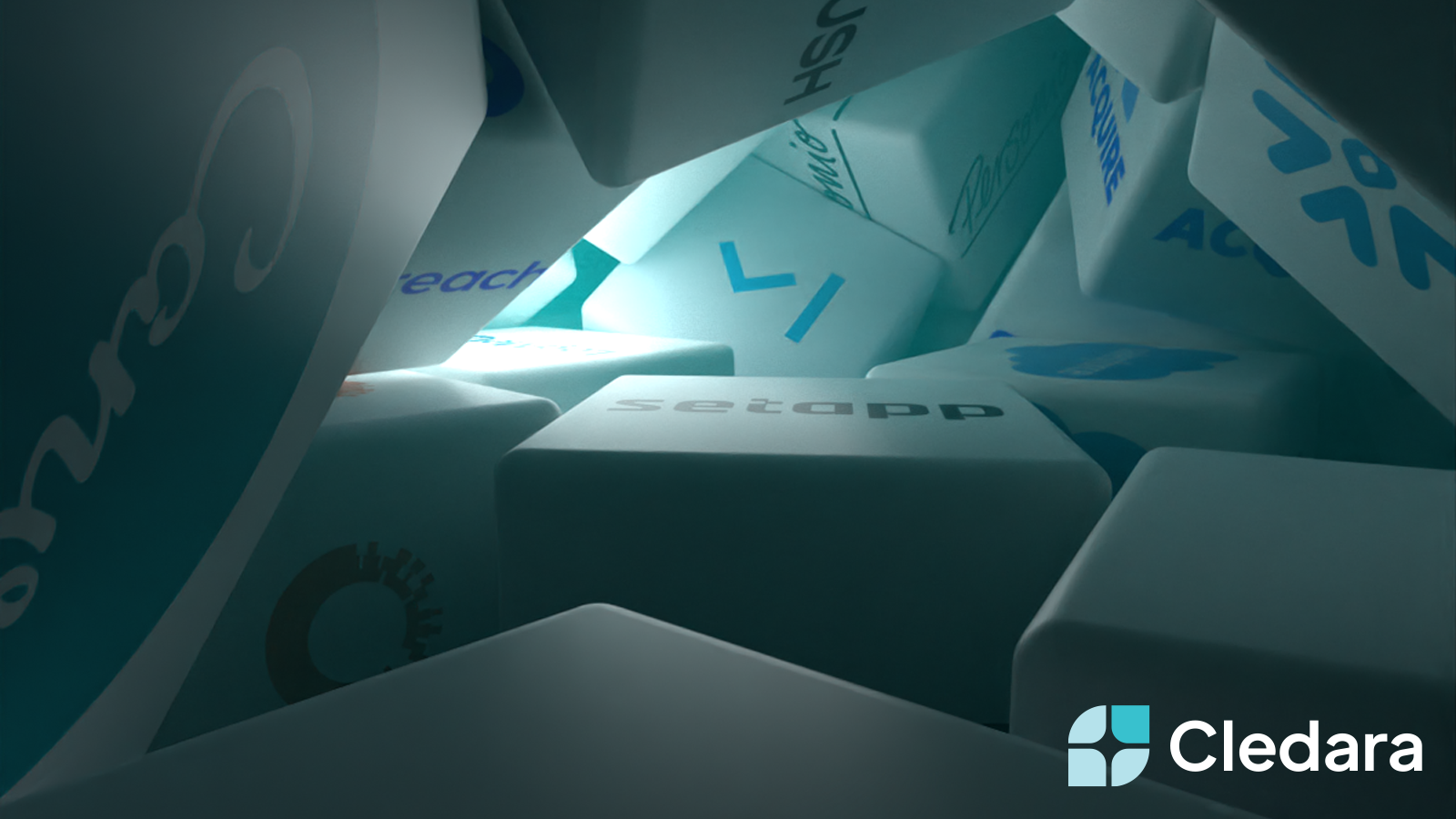 In Part One, we covered the birth of SaaS, resulting transformation of the software landscape, and how businesses have taken full advantage of SaaS apps to drive their business.

SaaS’s runaway success, combined with its flexibility and ease of purchase, is starting to cause problems for SMBs. If purchases can come from anywhere – as easy for an intern to click and buy as a CIO – then visibility and control over those assets is almost impossible. Separate teams trial and buy the tools that work for them, with little consideration for what SaaS the company might already be paying for, and whether new apps will complement or compete with them. The result is that 30% of a company’s SaaS spend is wasted on unused seats, duplicate or redundant SaaS.  As SMBs scale, new revenue and growth is favoured over efficiency, and a bit of wastage on SaaS is acceptable collateral damage. But at some point, businesses need to start taking SaaS waste seriously.

It’s never too early, as poor SaaS management leads to major problems that only get worse as companies grow. These problems come from all angles. Software that is bought without a strategy can actually divide teams, as different departments employ different software to achieve their individual KPIs, making workstreams siloed and fragmented. It means teams are no longer able to collaborate or appreciate the larger customer journey, something that often manifests itself in a disjointed and frustrating customer experience.

This doesn’t just damage customer relationships, but fosters resentment among teams, too. It’s common for other departments to push back against finance teams, who are seen as always chasing them for invoices, or demanding more visibility and control over new SaaS purchases. Meanwhile, finance teams face long hours of pointless admin as they try to reconcile invoices and unexpected costs. That unrewarding busywork is a major detractor from job satisfaction and company culture, causing valuable employees to churn.

Perhaps even more troubling is the security risk that comes from sharing data across so many cloud-based systems. Employees at any level can sign up to software which stores sensitive customer and company information – software the IT team might not even know about.  When those employees leave or move teams, that data can fall through the cracks. In the era of GDPR and the massive fallout from the misappropriation of user data, that represents a significant risk. After all, businesses might be able to pay-off the (usually massive) fines; regaining customer trust and brand credibility is another story.

Whichever way you look at it, the costs of SaaS – both financial and personal – are getting too big for businesses to bear. For most SMBs, it’s now the second biggest expense behind payroll. But payroll has whole teams devoted to managing, with the tech, tools and processes to make it more efficient. Very few businesses have given the same thought to how they manage SaaS. That lack of strategy means it’s spiralling, becoming a resource drain, and stopping companies from innovating, scaling or working collaboratively. ‍

Back to black box IT?

That internal chaos is a reflection of the wider SaaS market. SaaS has not only scaled, but sprawled in the last ten years.  In 2011, software luminary Marc Andreesen famously said that “software is eating the world,” – and looking at the fragmented, chaotic SaaS landscape today, what software regurgitated isn’t pretty. It’s become a Wild West, with over 50,000 softwares jostling for attention in overcrowded and overlapping market segments. There are over 7000 marketing SaaS alone.

Chasing ever-smaller audiences in those crowded verticals, vendors resort to shady tactics like unclear pricing, hidden costs and add-ons, and a maze of confusing options to obstruct cancellation. On the other end of the spectrum, Salesforce – the company that started it all – now has a team actually dedicated to helping its customers spend less on their subscriptions, which they recognise are becoming unwieldy.  And while that’s an admirable individual initiative, it’s just firefighting. It’s not a sustainable solution to a growing, industry-wide problem.

It’s a discouraging picture. Businesses are starting to look at this cluttered, over-saturated tech landscape and wondering how to make sense of it. One way they respond to it is to come full-circle, and move software control back into the IT department. In the process, they regain oversight on software, finances and data. But it comes at the cost of agility, nimbleness and openness.

In an IT-regulated SaaS system, security wins over functionality. Instead of the network of best-in-class solutions that defined the 2010’s, businesses will start reverting to heavyweight product suites that are less agile, but more reliable. The result will be that the take-up for new software will be slow, and available licences scarce. Gone are the days of your sales team getting excited about trying out new SaaS to help them convert more leads, or marketing discovering an email platform that makes ABM easy. It’s a return, instead, to the dark rooms of an isolated tech stack. The likelihood is that as requests for new SaaS are denied,  password-sharing and shadow SaaS will start to creep in, causing more compliance problems. And as employees start to feel stifled, they might resent their company for moving away from the freedom of SaaS. It represents a massive step backwards for software, and an end to the era of democracy that Salesforce ushered in. ‍

To avoid over-correcting, we need to instead think critically about what the next generation of SaaS should look like.

What’s needed is a consistent management system for SaaS. While spend management can help ease some of the burden for finance teams chasing invoices, it doesn’t give a view of SaaS assets beyond a line item on a credit card bill. Instead, businesses urgently need a way to gain visibility and control over SaaS assets across their whole lifecycle – from evaluation to purchase, management and cancellation

Finance teams, at the nexus of all SaaS spend, have the opportunity to take the reins and implement processes that, rather than restricting control and preventing creativity, add value to the business. With thoughtful and robust SaaS management processes, they can gain full visibility over subscriptions, figure out which purchases are driving ROI, and implement workflows to reduce wasted man hours and team tension.

Only with intelligent SaaS management can businesses continue to use SaaS in the way it was intended — as a democratising innovation which saves money and encourages collaboration between teams.

At Cledara, we’ve seen first-hand the relief - yes, relief - our clients feel as we help them build the framework for managing their SaaS more successfully. Twenty years after the ‘no software’ revolution started, the SaaS applications industry is going through significant growing pains. But that means it’s time to evolve, not go backwards. We’re empowering SMBs to do exactly that.

To learn more about the hidden costs of SaaS and how to manage them better, scroll down to subscribe to our blog! 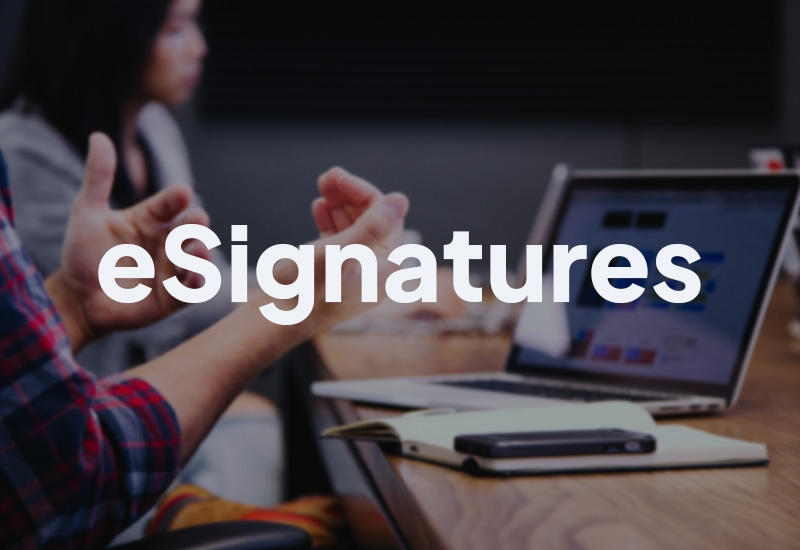 How to Choose the Right eSignature and Contract Management Software 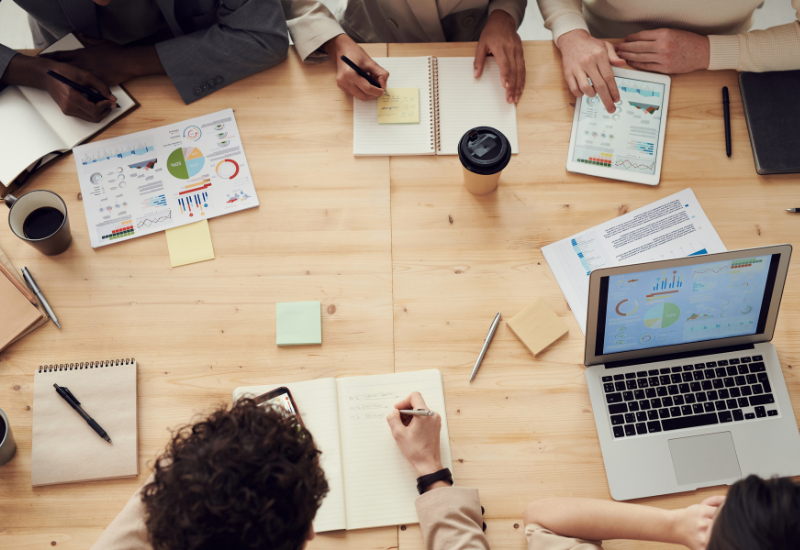 9 Software Management Best Practices to Streamline Your IT 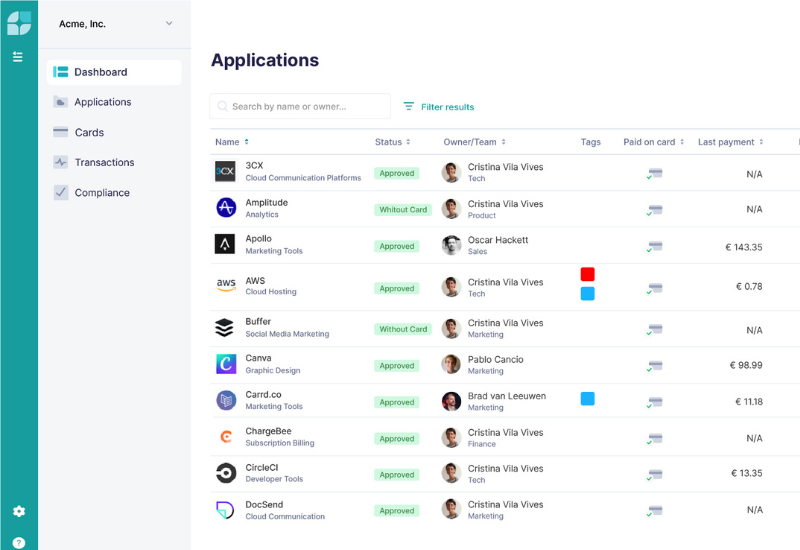