The 42 Hottest Startups in the Netherlands

From Sketch and Shypple to Crisp and Cobase, the Netherlands is home to an eclectic and exciting group of startups. We’ve pulled together the ones to watch in 2021 and beyond. 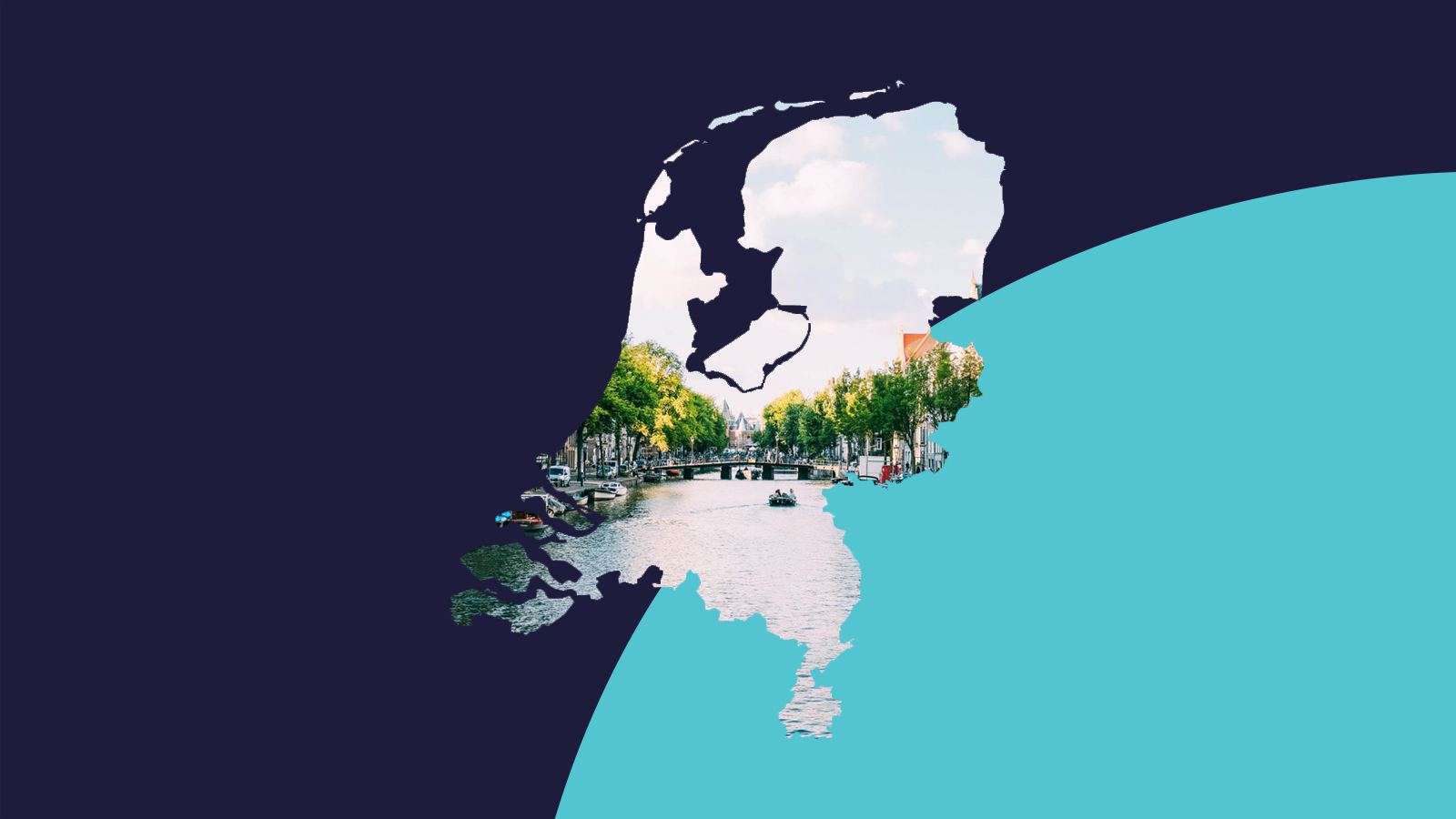 Home to the likes of Just Eat and Afterpay, the Netherlands has had a big impact on the startup space, as well as the lives of millions of people.

As we dive into the new decade, the Dutch startup ecosystem shows little sign of slowing. According to the Startup Genome Project, The Netherlands has risen from the fifth to the third-best startup ecosystem in Europe. And Dutch venture capital investment is estimated at $3.68B between January to June 2021.

The flurry of investment and innovation suggests the 2020s will be an exciting time for the Dutch startup space.

To help you uncover the movers and shakers to look out for, we’ve pulled together the startups that we think are set to shape the future of technology in the Netherlands.

How we shortlisted the entries

Given the Netherlands’ reputation as a startup hub, there were plenty of startups vying for a place on our list.

For this list, we selected startups from various sectors that had demonstrated growth or innovation locally and internationally. We also prioritised companies that generated interest from investors with ambitious plans for expansion.

Since 2013, experiential travel startup Withlocals has given travellers an insider’s perspective of their destination by matching them with local guides. It’s proven to be a popular platform with tourists and raised €8M of Series B investment in March 2019.

Crypto startup BTCDirect lets people easily convert their Euros into Bitcoin. It first launched in 2013 and bootstrapped until it successfully raised investment. Its Series A funding of €13M in October 2020 will help it to expand as Bitcoin continues to become more mainstream.

Founded in 2011, Invert Robotics is an industrial automation startup that provides robotic inspection machines for facilities in the oil and gas industries. The startup raised a Series A investment of $15M in May 2019 and announced plans for expansion to Dublin, Ireland, in 2021.

Food startup Nutrileads develops crop-derived healthy ingredients with clinically proven benefits for specific patient and consumer groups. The company has operated since 2012 and raised €6.5M of Series B funding in August 2020.

Commercial real estate startup Dreesz creates offices and workspaces by prioritising the social aspects of the working environment. The Almelo-based company raised Series A and B back-to-back investments in July and November 2019, totalling €3M.

‍Biotech company Leyden Labs is developing products that protect people from respiratory illnesses like Covid-19. Founded in 2020, it raised €40M of Series A investment in March 2021 to create medicines that stop viruses before they reach the lungs.

The ‘office-as-a-service’ startup Skepp provides organisations with digital products to improve engagement between tenants and landlords and make offices ‘smart.’ First founded in 2013, the company raised €1.5M of Series A investment in April 2019.

Growth Tribe is a digital learning platform that allows people to learn growth marketing, UX design, and analytics. In 2020, the edutech startup raised a total of €5M, Series A funding, with €3M in May and €2M in December 2020.

Sensorfact helps SMEs manage their energy consumption with their energy management system. The company has 350 customers in 14 countries and raised Series A investment of €3.7M in March 2021 to scale further.

Founded in 2011, Sensara is a senior care startup that uses sensor technology to help care home residents receive optimal care and support using smartphone and tablet apps to monitor their wellbeing. The Rotterdam-based company raised a Series A round of €4.4M in December 2019.

D2C razor brand Boldking sells its popular shaving tools to European customers across eight countries. Founded in 2019, the company raised €10M of Series A investment in November 2019 to grow out the company.

‍Electric scooter-sharing company Felyx has 3,000 scooters to its name in Amsterdam, Rotterdam, and The Hague, since its launch in 2016. The company raised €24.8M Series A investment in February 2021 and has plans to expand into France and Germany.

Digital design tool Sketch is a firm favourite for people working the user experience and interface space. Since 2010, the company has grown in popularity and is regarded as a must-have design application. In March 2019, the company raised $20M in Series A investment to continue to scale.

Borne from the University of Twente, Lipocoat is a biotech startup that has created coating technology to reduce the chances of infection with items like contact lenses, catheters, and implants. The multi-award-winning startup was founded in 2016 and raised €1.5M of Series A investment in April 2020.

Sustainable food startup Grassa biorefines grass and vegetables and processes them in local food or feed products. The startup launched in 2014 and wants to create a more sustainable agricultural industry by continuing to scale with its €2M Series A investment, announced in June 2019.

Virtual reality startup Manus VR has developed gloves that enable users to track hand movements in an immersive experience. The gloves have been used for military training, virtual concerts, and stroke rehabilitation. The company raised €2M of investment in November 2019 to develop its technologies.

Traveltech startup Polarsteps has created an app for travellers to track their plans, track and remember their holiday experiences. Polarsteps launched in 2015, raised €3M of Series A investment in January 2019, and has 3 million users.

Smart device company Cytosmart is a spin-off company from the Eindhoven University of Technology. It develops smart devices for laboratories, supporting research in stem cell, drug discovery, and oncology, and raised a €5.2M Series B investment in March 2019.

Creative Fabrica is a marketplace for graphics, fonts, and other digital assets. The Amsterdam-based startup was founded in 2016 and raised a Series B investment of €5.7M in January 2021 to add more tools and products for creators to sell their digital inventions.

ViriCiti is a telematics platform for electric and mixed bus fleets. It enables buses to charge at optimal times to minimise peak demand fees. In January 2019, the startup announced a €6.25M Series A investment to expand into North America.

Cleantech startup SymPower helps organizations work towards a carbon-free future optimizing alternative energy sources. In March 2021, the company raised a Series B investment of €5.2M and counts Booking.com’s CEO as one of its investors.

Ecommerce platform Dwarf buys and develops ecommerce brands through online marketplaces like Amazon and ePrice. The company recently acquired Dutch home goods brand Cofaro and raised €7.5M of Series A investment in May 2021.

After its 2020 launch, interior design outlet Naduvi has experienced rapid growth and raised an €8.2M Series A investment in May 2021. The online home and living startup sells popular interior living items at discount prices and has ambitions to become the largest interior retail outlet in Europe.

Hospitality software startup Oaky helps hotels upsell services and experiences to guests. Following its launch in 2013, the firm has expanded to 1,500 hotels across 90 countries. In February 2020, the company raised a Series A fund of $9.5M to broaden its global reach.

Soft-skills training platform Lepaya helps employees develop skills like persuasiveness and empathy. With a focus on Dutch, Belgian, and German markets, the company entered Sweden in 2021 and announced a €5.6M Series A investment in June 2020.

The digital freight-forwarding platform Shypple offers real-time updates on the location and status of shipments using a web-based dashboard. It connects with 3,000 businesses to provide end-to-end transparency of shipments and raised a Series A investment of €7.1M in April 2021, followed by a Series A2 round of €18.5M in August 2021.

Fintech startup Cobase makes it easier for companies to access multiple accounts from a single point of access. The Amsterdam-based company first launched in 2016 and raised a Series A investment of €10M in June 2020.

Indoor farming startup PlantLab allows farmers to grow crops anywhere. The company aims to make fresh produce affordable and accessible to all with its patented technology and raised €20M of Series A funding in July 2020 to support its international expansion.

B2B marketplace Orderchamp connects independent brands with retailers. It offers tailored recommendations to 30,000 retailers and features 200,000 products from 1,800 European brands. The online marketplace raised €16.8M Series A investment in May 2021 and plans to double its headcount from 40 to 80 people by May 2022.

Sendcloud saves time and money for ecommerce retailers by connecting them with several shipping providers like DHL, Bpost, and PostNL. The Eindhoven-based startup was founded in 2012 and raised a Series B investment of €12.6M in November 2020.

Medical messaging app Siilio makes it convenient for healthcare professionals to enhance patient care through collaboration. Founded in 2016, the startup has raised a total of €14M, including a Series A round of €9.5M in July 2020.

Agtech startup Connecterra uses AI to monitor cows and optimise dairy production. In June 2020, the company raised Series B investment of €7.8M - the largest Series B funding for livestock technology in Europe.

Desolenator makes our list through sheer innovation and the huge impact their solution could have on the world. Using 100% solar power, Desolenator can purify any water source into potable water. With pilot customers including the Dubai Energy & Water Authority, AB InBev, and Booking.com, Desolenator is blazing a trail in sustainable purification.

Founded in 2020, Valyuu is another innovative Dutch company working to make the world more sustainable, specifically by extending the lifespan of electronic products to reduce electronic waste. Valyuu makes it easy to sell, buy and donate all used electronic products. With sustainability a pressing problem for all of us, don’t be surprised to see the startup take off this year.

Founded in 2014, Terrapay continues to grow globally with its digital payments infrastructure for B2B businesses. The Amsterdam payments innovator has raised an impressive $37.7M to date.

Safened is another startup innovating in the regulated payments world with a fully digital KYC solution, as well as a B2B deposit platform. Powered by advanced machine learning algorithms, and with €14M funding to date, the company makes it simpler to identify customers, increase trust and prevent fraud.

Codesandbox offers free and instant collaborative sandboxes for rapid web development and is used by 2 million developers each month. The Amsterdam-based company was founded in 2017 and raised a Series A round of investment totalling $12.7M in October 2020.

Crisp is an app-only supermarket for fresh food that stocks over 2000 products from 650 farmers. Offering same-day delivery, Crisp has zero inventory and was first launched in 2018. In March 2021, the company announced a €30M Series B investment.

Did we miss anyone that should be on our list? Let us know at hello@cledara.com. 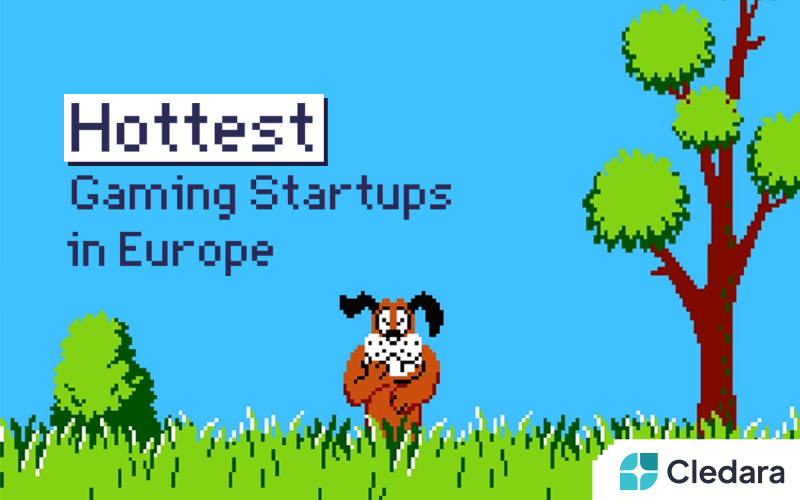 The 37 Hottest Gaming Startups in Europe 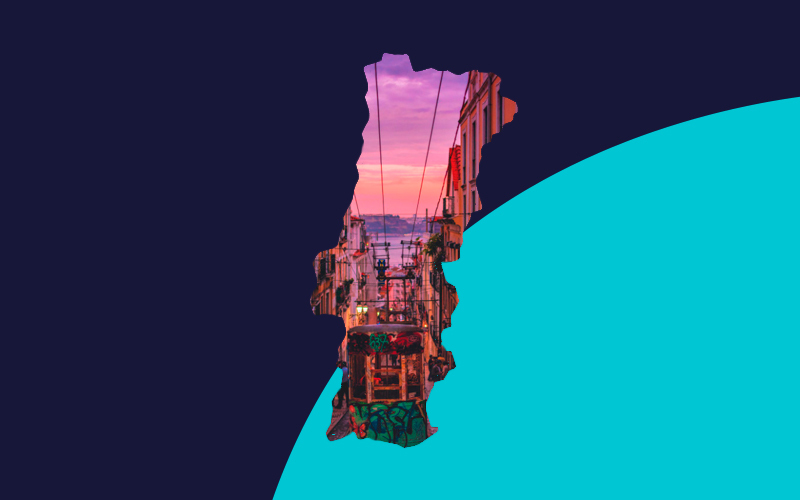 The 34 Hottest Startups in Portugal 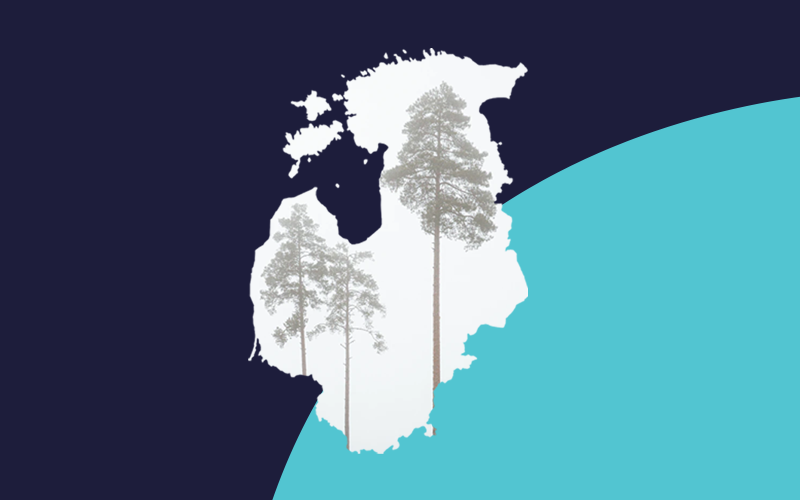 The 30 Hottest Startups in the Baltics 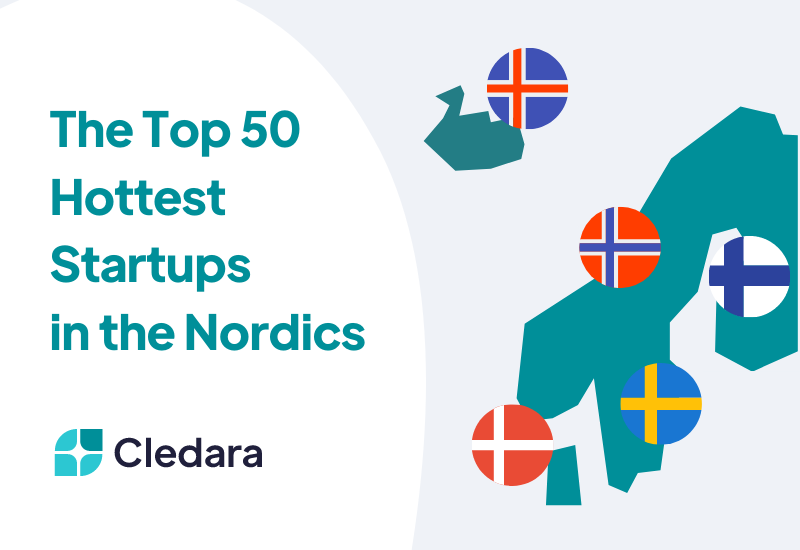 The Top 50 Hottest Startups in the Nordics in 2021